Trade Show Cities: 5 of the Best

January is the biggest month of the year for trade shows, so while we’re decking our halls at home, some of the biggest convention centers in the country are getting ready for an influx of trade show visitors just after the new year.

There are many cities that attract the trade show market, but only a handful that consistently make the top of the list. Why? According to a story in USA Today, these cities pour money into convention centers and work with hotels to make sure they’re top of mind with meeting planners. And it’s not just the venues themselves, it’s all a city has to offer, from nightlife to shopping.

Here are five cities that rock the trade show world.

The City of Lights has been named the #1 tradeshow destination for the 21st consecutive year, hosting 60 of the largest shows held in the country in 2014. Vegas consistently draws high numbers for a variety of reasons – primarily because it is such an appealing vacation destination. The venue options are almost limitless. Entertainment is everywhere, from live shows to incredible shopping to casinos… and more casinos. The food is plentiful, and Vegas is home to many star chef-owned restaurants. Convenience is also a major reason why so many trade shows host here; Las Vegas is a quick and painless trip from just about anywhere in the country. And last but not least, the weather is almost always pleasant, even when other parts of the country are covered in snow.

For obvious reasons, Denver has long been a top destination for snow sport trade shows, but that’s not all.  The Colorado Convention Center was the first meeting facility in the world to receive a Level 1 certification for the American Society of Testing & Materials sustainability standard – so it’s a great venue choice for green technology-related events. In your downtime, the Mile High City is just a stone’s throw from the many outdoor recreational opportunities nearby. 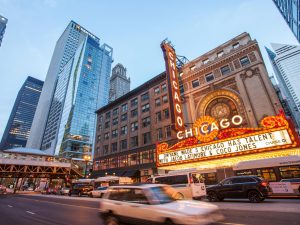 Chicago has been a major trade show player, especially in the past few years. For starters, Chicago has McCormick Place, the largest convention center in the country. And despite some cold and windy weather, the city is centrally located within the U.S., has two major airports, and has a great public transportation system. Tourist attractions are plentiful, including Wrigley Field, the Art Institute of Chicago and shopping on Michigan Avenue. 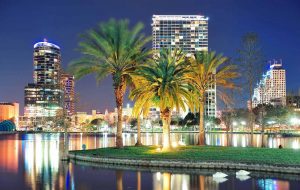 Home to more than a dozen amusement parks – including Walt Disney World and Universal Studios – Orlando seems more like a family destination than one for major conventions.  But with great food and entertainment, year-round warm weather and a major international airport all within easy reach, Orlando and trade shows just make sense together.

Trade shows in New Orleans are always a draw, partly because they are often scheduled around the city’s big annual festivals, like Mardi Gras.  But having a big after party to go to isn’t all – NOLA has the infrastructure and universal appeal to accommodate a large number of visitors.

Have a trade show around the corner? Make it one to remember, with live plant rentals. And don’t worry if it’s soon: “last minute” is our middle name. Contact us now

Professional. Detail Oriented. Organized. Meticulous. Creative. Talented. How many adjectives can I use to describe you and your team? 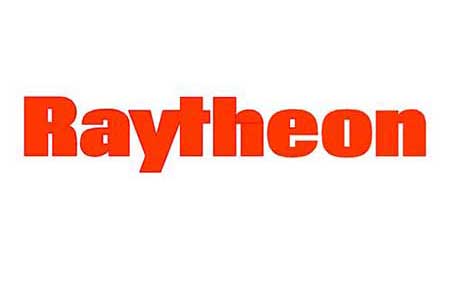