3 of the Very Coolest XM Campaigns

Event marketing is nothing new. There’s long been the trade show, the exhibition, the convention. But the boom of experiential marketing – live events that engage, inspire and sometimes just make you say “Wow. That is sooo cool!” – this is the future we’re living into. And we love it so much.

We work with all sorts of companies that excel at both the traditional conference and the knock-your-socks-off XM campaign. All can be elevated with gorgeous and creative live plant rentals, of course. But today’s post is about giving a big cheers to some of the best experiential marketing campaigns we’ve seen. Kudos to these agencies and their clients who had a vision and ran with it.

What do you get when you combine a whip-smart answer to a branding conundrum with real stories that literally make you tear up? The #WeighThis campaign, done for Nestle’s Lean Cuisine by 360i.

The company needed to shift the brand’s perception away from a diet focus. They did it by celebrating their target audience (women) and what really matters to them. Women were asked to “weigh in” on their biggest accomplishment – and the answers ranged from a 30-year nursing career to caring for children as a single mom. Powerful stuff.

The story of 29Rooms is a bit hard to capture in words – because it’s all about the imagery!  Called a “Funhouse Of Style, Culture, And Creativity,” it might be easier to get the idea by watching this video by Insider:

Refinery29’s 29 rooms are created by all sorts of artists and brands – from Janelle Monae to Toyota Camry. And it’s really many more than 29; installations are popping up nationwide from Brooklyn to San Francisco. The theme for 2017 was “Turn It Into Art,” so every room had a different artsy and interactive level to it, making for some serious fun. Just one example is a room in downtown L.A. called “THE FUTURE IS FEMALE” – a collaboration between electronic music artist Madame Gandhi and illustrator Jen Mussari. You can channel out your angst on painted punching bags that play beautiful music when punched. Total knockout.

So cool for a couple of reasons. First (and probably foremost), this is an example where a mega corp actually listened to its customers – or at least those engaging with them on social media. Second, it’s just kind of hilarious.

The approximately 100,000-strong Facebook group “I wanna have a sleepover in Ikea” (seriously) wanted just that. So, Ikea U.K. said ok. They chose 100 fans at random from the Facebook group and invited them for a sleepover amongst the displays. There were tons of perks (massages, mani-pedis, midnight snacks, a bedtime story read to them by a celebrity) as well as a sleep expert who gave them advice. Amazing example of a company that listens, and it probably didn’t hurt their sales of BJÖRKSTA, either.

A perfect combination of artistry and get-it-done expertise. 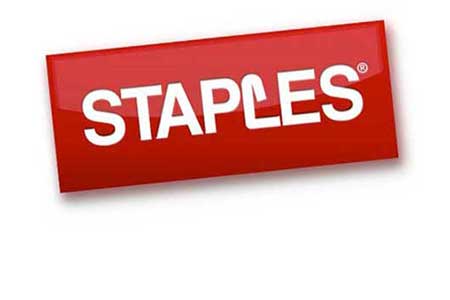