5 of the Best Experiential Marketing Campaigns

There’s marketing…and then there’s experiential marketing. With hundreds of marketing messages whizzing by us each day, today’s brands have the very real challenge of trying to stand out from the pack. The idea is not only to be memorable, but to involve the consumer in an activity that promotes brand loyalty.

We work with several companies who do an excellent job with experiential marketing. The focal point might be a kiosk in a high traffic area, a booth at a trade show – or even a vehicle used to take their message on the road. And while this post isn’t exactly about plants, I will say that live plant rentals enhanced each and every one of these campaigns. One of our favorites was the kiosk we helped create for Starbucks and Tazo Tea – a tasting station decorated with live plants that mirrored the tea flavors. Another memorable experiential marketing client is Cover Girl, who recently outfitted a pop up mobile studio with their products. They travelled to cool places (like the Video Music Awards) to do demos, renting live plants to make the van alive and inviting.

Beyond some of the exciting work we do at 800 Plant It, there are many other examples of well-executed experiential marketing campaigns. We were insipred to check out some of the winners from last year’s “Ex Awards” – the best of more than 850 experiential marketing events submitted. Here are five of the best… you can check out the complete list here.

WestJet created an unforgettable experience for 250 passengers travelling during the holiday season. When passengers checked in at virtual kiosks, they saw a live video stream of a WestJet Santa Claus asking them what they wanted for Christmas. When the passengers reached their destination and went to baggage claim, they were surprised to see the carousel bringing out not just their luggage – but the gifts they had asked for just hours earlier! Hidden cameras captured the experience on video, which soon went viral on the airline’s YouTube channel.

Who: Target
What: Bulleye University

Target wanted to change their image a bit – from a “mom store” to a college student’s one-stop-shop for back to school essentials.
They did this with a multi-story “Bullseye University” dorm, first staged on the UCLA campus. Each room was decked with Target goods, and five of YouTube’s most popular video personalities moved in for a couple of days. Their coed experience was streamed live, and got tons of attention. Target then brought Bullseye U’s pop up dorms to more campuses, where interested students could buy Target merchandise from their phones using a QR code, or ride one of the shuttle buses made available to run them over to the nearest Target store.

Who: Corby Wine and Spirits
What: Campo Viejo Tasting

To build awareness for a Spanish line of wines, this Canadian wine retailer took in-store sampling to a new level. There were Flamenco-clad brand ambassadors to greet customers, and an acoustic guitarist playing for the crowd. Tapas-style meats and cheeses were offered as hors d’oeuvres, as a chef prepared dishes using small amounts of the featured wines.

Who: Wrigley Gum
What: Excel Gumergency

Innocent passers by – strolling down the street with a cup of coffee in hand – were stopped in their tracks due to a potential “GUMergency.” This condition really refers to coffee breath, and Wrigley gum used it to sample out their Excel gum in a very clever way. A box truck with glass walls served as as their mobile ER unit, staffed with an actor urging consumers take “breathalyzer” tests to determine the level of their gumergency. They received gum samples, playfully determined by the level of severity.

Who: The Clorox Co.
What: Soy Vay Apollo ’13 Space Mission

It may not be the first question a home cook has, but when asked: “Would a Soy Vay-marinated chicken cook in space?” – you have to wonder. The Soy Vay Apollo ’13, was a real, live, bottle-shaped space capsule with a marinated chicken inside. They launched the capsule (attached to a balloon) from Nashville, and it travelled 100,000 feet up as the chicken cooked. When the capsule came back down to earth, it was tracked via GPS and taken to an after party where the chicken was served. Really.

Have an experiential marketing campaign that could use more pizzazz? Contact 800 Plant It: We can help!

We do trade shows and conferences all over the country, and 800 Plant It goes everywhere we go! The level of service and expertise in incredible. 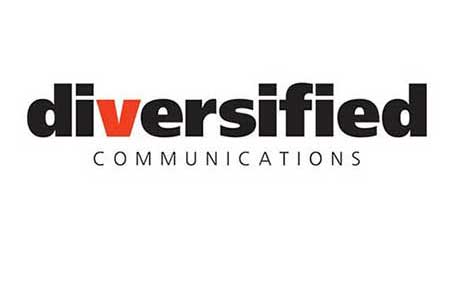